We had a lovely weekend on Sat 29th and Sun 30th May 2010. We went to visit our neighbour, Janet Daniels, 'Open Garden and Plant Sale'. Janet has a truly beautiful garden, which is also featured in 'London Gardens 2010', the guide for the National Gardens Scheme (gardens open for charity) - see www.ngs.org.uk.

'London Gardens' includes information about beautiful gardens that are open to the public in London. Visitors are asked to donate money for charity; rather than there being a fixed entrance fee. Janet's garden is open to the public a couple of times a year. It will be open again on 24th and 25th July 2010.

Janet's garden has also been featured on BBC, ITV, BBC Radio and in the local press. She is described in the guide as being a 'plantaholic' and it continues, saying that her garden is:

"...behind terraced house, with every planting opportunity maximised through a colourful abundance of baskets, climbers, shrubs and fruit trees...exuberant mixed borders..."

We saw the advertisement for the Open Garden in our local newsagent, and the leader of the local choir, 'Forest Voices' that I am, Jenny Beeching, also informed us about it. Then, on the Saturday our neighbour knocked on our door, telling us that she had just visited the garden and that it was truly beautiful. She thought that we would really love it and that we should go and have a look for ourselves. This neighbour came to our Summer Party last year, with the grand opening of our pond! So she knows about our own quiet enthusiasm for all of this (but it is absolutely nothing compared to Janet's enthusiasm of course).

So, anyway, on the Saturday, Glenn, Alexander and I went along to visit the garden, although unfortunately it was raining. Then, on the Sunday, I went again, with my neighbour, Pauline - and the weather then was beautiful; really sunny. So, very lucky there.

We had a lovely conversation both with Janet and her daughter, Kirsty. By strange coincidence, we discovered that Kirsty lives in our road and that her son has been cleaning our car! Anyway, Janet told us that she sometimes gardens for 10 hours a day - that's shows just how enthusiastic he is. Pauline and I were amazed! I like a little gardening but could never do anything like that. I would find it far too exhausting apart from anything else. Still, Glenn, Alexander and I do good teamwork with it all. Glenn likes the intricacies of gardening; I like doing the general maintenance such as cutting the lawn and Alex is very good at looking after the pond. So, we get there. But that's 3 of us doing a small garden! Whereas Janet does tons of work in a big garden - a lot of it on her own. Amazing!

What else can I say about Janet's garden? Well, there are an incredible variety of plants and flowers in it; all different shapes and colours. It is truly spectacular and I have never seen anything like it. And every time I asked Janet the name of a plant, she knew it straightaway! There are also three ponds, including a koi carp pond and a wildlife pond. Some of the fish in the pond are really big. There are different sculptures and ornaments; an iron-wrought swing; enclosed seating areas; a lawn area; a secret garden which one can walk right round; arches; enclosed seating areas and an artistic shed with shelves. It is truly incredible!

Janet informed us that she took on an extra piece of land at the back of her garden 9 years ago; and so this has made the garden even bigger and more spectacular. We also saw a picture of Janet's husband digging the garden, when it was all just concrete and looking very sparse - many, many years ago, of course. Now, Janet can buy whatever plants she likes, and does not have to watch her pennies any more. To our utter astonishment, she also has no less than 3 allotments.

Tea and cakes were also for sale, which was also very enjoyable (all proceeds to charity).


The London gardens raised 141,000 in 2009 for charity altogether. All the proceeds from Janet's Open Garden days went to Asha Trust, supporting community projects in Sri Lanka.

So, gradually I am getting more and more into my local community, which has been very much my aim over the last couple of months or so, so that's all great. What I have discovered that I particularly like doing is Salsa dancing. They actually run free Salsa dancing classes in my local area, which is really something, especially as I enjoy it so much. I like the fast pace of it all. I now go to these classes with another neighbour in my road. By strange coincidence, I have also just discovered that Salsa dancing is a Cuban dance!


Anyway, I just had to take some photos of Janet's garden - it was just so very, very beautiful - so here they are below. As you can see, lots of people went to visit her garden. And it was taking these photos that prompted me to write this blog! 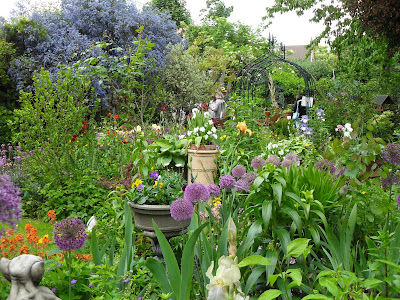 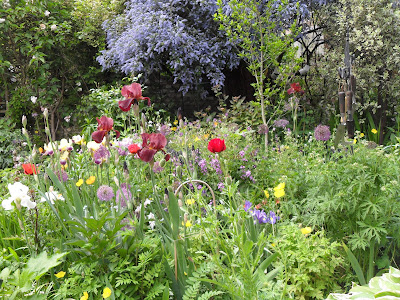 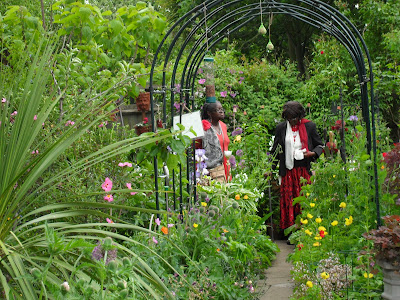 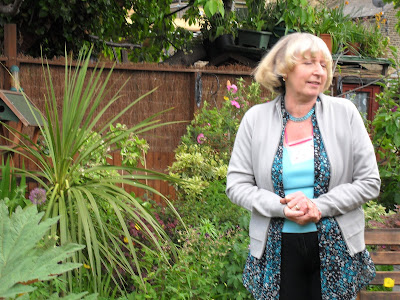 Janet in her garden 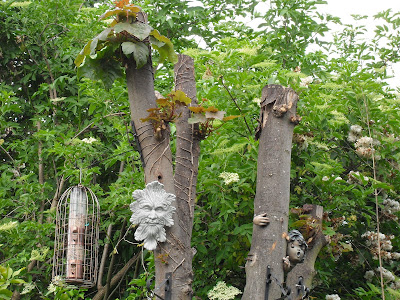 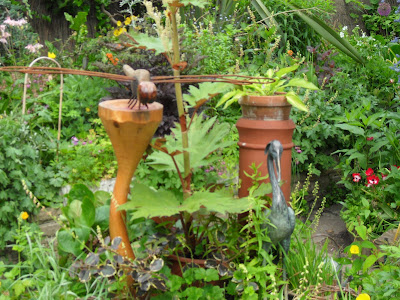 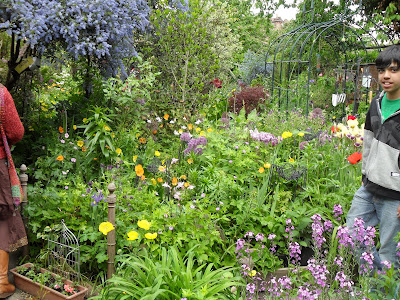 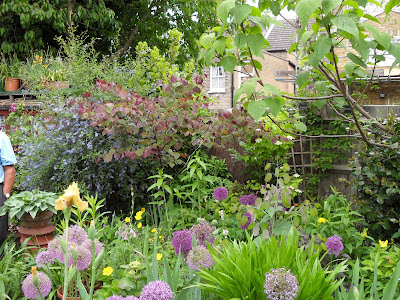 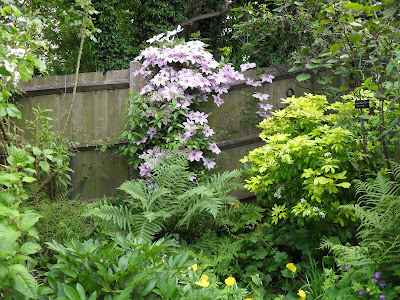 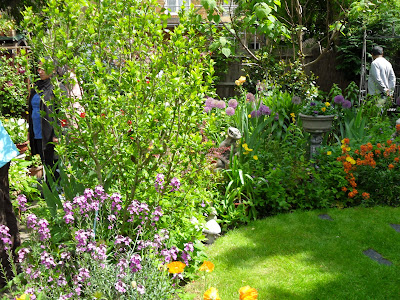 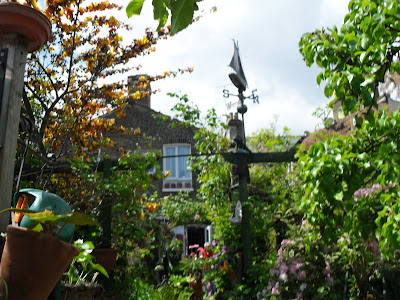 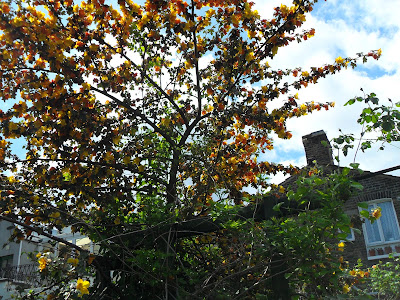 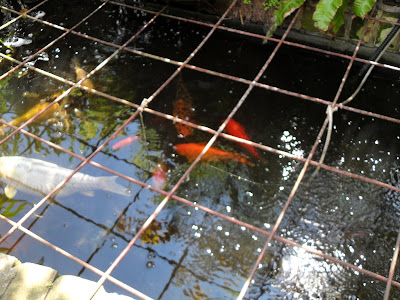 Posted by Ruth Rikowski at 01:32 No comments: 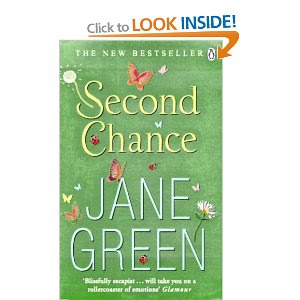 I picked this book up at a 'Book Swap' party and it proved to be a very enjoyable and entertaining read. The book is 'Second Chance' by Janet Green, Penguin, 2008.
http://www.amazon.co.uk/Second-Chance-Jane-Green/dp/014102173X/ref=sr_1_fkmr0_1?ie=UTF8&qid=1274435964&sr=8-1-fkmr0
Also, there were a couple of coincidences. Firstly, the title ' Second Chance' bears the same name to a choir that I joined for a while, in Blackheath, Kent. Secondly, the book is set around school friends, of some 20 years ago, reuniting. I also had a reunion with some of my school friends a year or so ago!
The book explores these different school friends; what they had been doing with their lives; the experiences they had gone through; their jobs, careers, relationships etc.
It then looks at how they are coping with their current situations. Tom, for example, sadly dies, and they all had to cope with that/deal with that, as best they could. Holly does it by falling for his brother, Will (who reminded her of Tom). In the process of all this she leaves her husband Marcus, and then realises that actually Will isn't the one for her either! But it as a learning experience. She realises that her marriage was a big mistake, and now she has the time to think about what it would be best to do next.
Meanwhile, Paul and Anna are trying to have a baby but nothing is working. Whilst Olivia gets pregnant, but doesn't want the baby. Paul and Anna suggest that they adopt her baby; they said they would really like that. But in the end, Olivia has the baby and bonds with it. Saffron, the actress wants to make it big, but is finding it difficult to make the breakthrough. So, she turns to alcohol instead, and then has a bit of a fling with Marcus. That is the final straw for Holly, in regard to her marriage. Then, Saffron's relationship with the famous Pearce is cemented and the book ends with Pearce saying that he has been graced with a 'second chance'.
'Cosmopolitan' had this to say about the book (which I agree with):
"Will keep you entertained to the last page'
The author, Janet Green, is a former journalist of the Daily Express who gave up her job to write a real woman's story about being single in the city. This became her first novel, Straight Talking, and she has written several other novels since then. She has four children and lives in Connecticut. So the author has rather an interesting background as well, I thought. I am sure that many novelists turn real life situations into fiction. Douglas Kennedy remarked on the fact, for example, that he got much of the material for his novels from that messy thing called 'Life'!

Posted by Ruth Rikowski at 02:58 No comments:

'The September Girls' by Maureen Lee 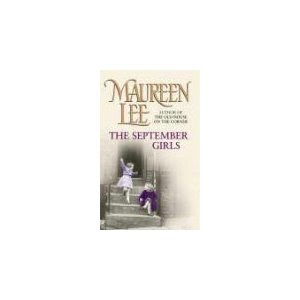 This was another enjoyable read - another Maureen Lee story that is set in Liverpool. In a stormy September night in 1920, two women from very different backgrounds (one very well-off and one very poor) give birth to two daughters - Cara and Sybil. 19 years later, Cara and Sybil come together when they both enlist and are stationed in Malta. The story, woven around these characters, is full of intrigues, twists and turns, love affairs, secrets, death, heartache and much else besides. It gives one a powerful sense of history and the great difficulties that people went through in war time periods.
Posted by Ruth Rikowski at 07:38 No comments: