'Thyme Out' by Katie Fforde 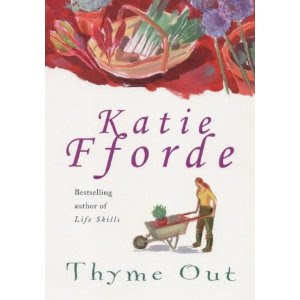 'Thyme out' by Katie Fforde, published by Century, 2000, was a pleasant read.

The central character is Perdita Dylan, with a vegetable business. On delivering vegetables to a local hotel she finds that her ex-husband, Lucas, has taken over the kitchen. She grapples big time with her feelings in regard to him. Meanwhile, her 87- year old friend Kitty has a stroke and subsequently dies. There is concern that a distant relation might get the money; but thankfully it comes to Perdita. In the end, Perdita and Lucas plan on re-marrying and using Kitty's money to open a new restaurant.

Posted by Ruth Rikowski at 14:48 No comments:

'A Sweet Obscurity' by Patrick Gale 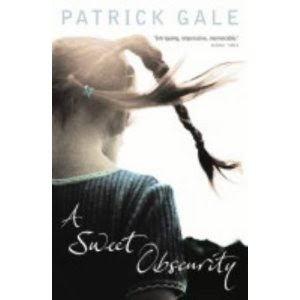 This book was readable - i.e. I finished it, but with comments like "Intriguing, impressive, memorable" (Sunday Times) and "It amuses and startles. 'A Sweet Obscurity' is worth every minute of your time" (Independent) I thought the book was very over-rated. The central character is around a girl called Dido, who is 9 years old, and has a couple of mother and father substitutues (both of which had their good but also their bad points). So, on the surface it appears to be a book that deals with the emotional difficulties and insecurities that a child would experience when not being brought up in a very stable family environment. But in practice I did not think that it dealt with these complex emotions in any real depth. This was probably partly because the story was not told through the eyes of the first character - i.e. through the eyes of Dido. But I think there was a bit more to it than that. There was something about the book and the way that it was written that gave it a very much a 'take it or leave it' attitude, I thought.

On the other hand, as with many novels there were a couple of gems in it, I thought, about humans and human relationships. Novelists can summarise so many situations/emotions so well; situations that it would take pages for a non-fiction writer to explore and explain.

So, in regard to Giles, who was one of her substitute fathers, we find out this about his mother and the wonders of boarding school: "His father died when he was eight, which sent his mother spiralling into lost years of alcoholism. Boarding school was a kind of prison for other boys; for him it brought blessed release from a mother's incoherent moods and unwanted confidences, a place of orderly restraint as respite from a damaging lack of boundaries." (p.14)

And then the reasons why some folks love birds is explored later on:


"Bird love was the refuge of people for whom intimacy was perilous and personal loss too traumatic to be risked. Reptiles in feathered disguise, birds would never come close enough to break a person's heart or upset their equilibrium the way a dog or daughter might."

The book also informs us that the author has a relationship with a gay farmer, that he met on the internet, after having been interviewed for a web magazine!
Posted by Ruth Rikowski at 03:36 No comments: