'Darkest Before Dawn' by Katie Flynn 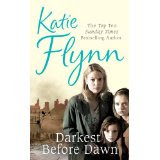 This revolves around the Todd family at the time of the 2nd World War. There is Martha and Harry Todd, with their 3 children, Seraphina, Angela and Eve (the first 2 names being very cherub-like names which was why the 3rd was called 'Eve' and not Cherub). You see the family go through various highs and lows in war time, with jobs and relationships etc. But the love and loyalty between them all remains strong, and finally we see Eve and Toby (after Toby originally went out with Seraphina) fall in love.
Posted by Ruth Rikowski at 23:34 No comments: 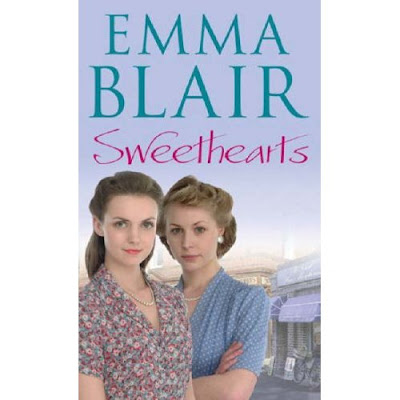 This was another good read; when I started reading it though, I realised that I had read it before. Still, I very much enjoyed reading it again.

The story revolves around two sisters, Lexa and Coredlia Stewart, and how they cope with life leading on from the death of their father. First of all, they tried to take over and run their father's fruit and vegetable business, but this became impractical, particularly given the prejudice against women. Then, they both get other jobs and fall in love, but inevitably there are various complications.
Posted by Ruth Rikowski at 23:32 No comments:

Invitation to a Book Launch for 'Digitisation Perspectives'

INVITATION TO A BOOK LAUNCH FOR ‘DIGITISATION PERSPECTIVES’

Foreword by Simon Tanner, Director Digital Consultancy, King’s College London, who says that the book: “…seeks to address and answer some of the big questions of digitisation…It succeeds on many levels…”

PART 1: BACKGROUND AND OVERVIEW TO DIGITISATION AND DIGITAL LIBRARIES

Confirmed speakers at the launch include:

Ruth Rikowski is a Freelance Editor, commissioning books for Chandos Publishing, Oxford. She is an Associate of the Higher Education Academy and a Chartered Librarian. Ruth Rikowski is the author of Globalisation, Information and Libraries (Oxford: Chandos Publishing, 2005) and the editor of Knowledge Management: social, cultural and theoretical perspectives (Oxford: Chandos Publishing, 2007). She has also written numerous articles and given many talks; focusing in particular on the topics of globalisation, knowledge management and information technology. Ruth Rikowski is on the Editorial Board of Policy Futures in Education and Information for Social Change. The Rikowski website, ‘The Flow of Ideas’ can be found at www.flowideas.co.uk and her blog, ‘Ruth Rikowski Updates’ is at http://ruthrikowskiupdates.blogspot.com/

Paul Catherall is a librarian currently working at University of Liverpool, UK. Paul has worked in E-Learning and technical support roles over a number of years and his current role involves providing library services to students studying online. Paul also worked for several years as a college lecturer in Information Communications Technology. Paul is also undertaking a PhD within the area of E-Learning and is a graduate of Glyndŵr University, formerly the North East Wales Institute of Higher Education (B.A.) and John Moores University (M.A. Dist). Paul is also an associate of the Higher Education Academy and chartered member of Chartered Institute of Library and Information Professionals (CILIP). Paul has also been active in various CILIP affiliated groups, including the Career Development Group and is a member of the Editorial Board for the collective forum and journal Information for Social Change. Paul has authored various published journal articles and texts including a stand-alone book Delivering E-Learning for Information Services in Higher Education (Chandos 2005).

Julianne Nyhan – on behalf of Melissa Terras, who is a Senior Lecturer in Electronic Communication in the Department of Information Studies, University College London, and the Deputy Director of the UCL Centre for Digital Humanities. With a background in Classical Art History and English Literature, and Computing Science, her doctorate (University of Oxford) examined how to use advanced information engineering technologies to interpret and read the Vindolanda texts. She is a general editor of DHQ (Digital Humanities Quarterly) and Secretary of the Association of Literary and Linguistic Computing. Her research focuses on the use of computational techniques to enable research in the arts and humanities that would otherwise be impossible.

Posted by Ruth Rikowski at 13:45 No comments: