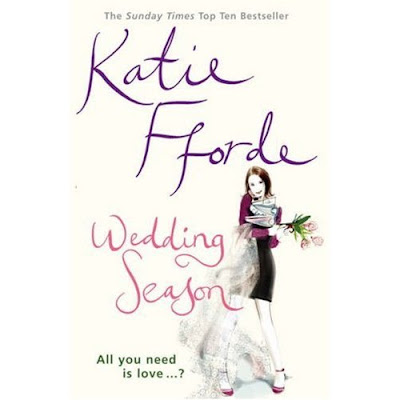 This was an enjoyable read. So, looks like I've found another author that I really like - Katie Fforde. The story is around the theme of wedding planning - not traditionally my area, but anyway... Sarah Stratford is a wedding planner - and a very competent one at that. That's how she earns her living. But she suddenly finds herself having to organise 2 weddings on the same day - her sister Lily's (who is also pregnant) and the famous Carrie Candy's. She can't possibly turn either of them down. And so the fun begins. Sarah is helped by Elsa, an accomplised dress designer and Bron, an excellent hairdresser. And then they have their own relationships going on in the background as well. Sarah finally gets together with Hugo, the photographer, who she had the hots for from the very beginning. And the two weddings go off successfully. A very cheerful read.
Posted by Ruth Rikowski at 03:51 No comments: 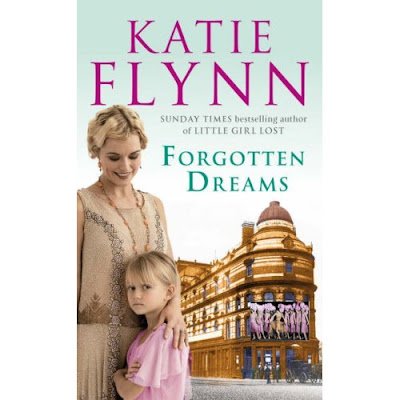 Well, I decided, after all, to give another Katie Flynn book a chance, this time reading 'Forgotten Dreams'. I found the style very similar to the other book of hers that I read ('In Time for Christmas'). The stories are interesting, and one feels that one wants to carry on, but they are not exactly gripping, not 'can't put downable books'. I suspect, now, that this is Katie Flynn's general writing style.
This story is about a mother (Louella) and her daughter (Lottie Lacey) , who are theatre performers, singing and dancing at the Gaiety Theatre. Louella also acts as Max Magic's assistant. Max is also her boyfriend and has a son, Baz. Yet, Lottie is not very happy, and her mother does not seem to be treating her very well in many ways. For one thing, she keeps making Lottie dye her hair blonde, because she thinks it is good for their stage performances, but this is not good for Lottie's hair, and Lottie just isn't too keen on it all. Then, Merle joins the act, and the women perform as a trio, but Lottie feels rather left out in some ways, and Merle does not always treat Lottie very well. She complains, for example, about having to share a room with Lottie. To complicate matters further, Merle then gets pregnant.
Meanwhile, Lottie keeps having these recurring dreams, which she cannot make sense of. Then, she meets a boy with golden-eyes who calls her Sassy and he accuses her of running away from them. Lottie is confused; she asks her mother some questions, but does not get very satisfactory responses. She is told though, that she had an accident when she was 6 years old, and lost her memory. The dreams continue, and become more powerful. Then, gradually, Lottie/Sassy realises/remembers that she was bought up by someone she called 'Gran' for the first 6 years of her life, and she lived with both Gran and Troy (Gran's grandson) during this period. She is upset about her mother lying to her and is determined to find out the truth. It then materialises that her mother wanted/needed to go back and work on the stage after giving birth to Sassy/Lottie, so she gave her over to 'Gran' to bring her up (who was not her real grandmother). Louella found herself another young girl to sing and dance with, but this girl then left her. She then decided to go and get Sassy/Lottie and to train her for the stage, to sing and dance with her. And so she took her away from Gran. Sassy/Lottie felt that her mother had used and exploited her, and did not really love her.
Finally, Lottie decides to go back and live with Gran and Troy and to work on the barge with them, and to forget all about the theatre work. She loves working on the barge, as opposed to appearing on the stage. She feels bad that she left Gran, who missed her so much (even though it was not Sassy's fault). One is left with the impression that Sassy and Troy will eventually marry. Meanwhile, Louella marries Jack Russell (not Max, who goes off with someone else). Jack is another stage performer, and Jack and Louella then perform together, so all ends up well and everyone seems pleased about the decisions they have made.
Posted by Ruth Rikowski at 04:26 No comments: 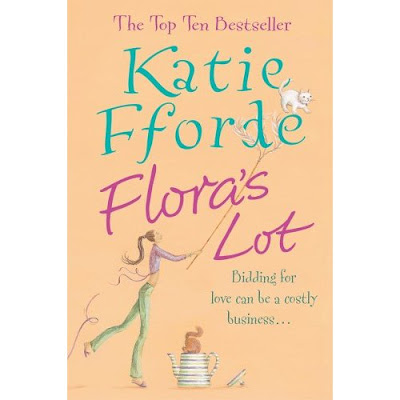 I really loved reading this book. Two cousins, Flora and Charles inherit the family antique business. But Flora's percentage is slightly larger than Charles, even though Charles has been running the business over the years, and not Flora. Flora decides to leave London and move to the countryside, where the business is, for a while. There she gets to know Annabelle, Charles's fiance, who wants to buy some of Flora's share of the business. She said that Flora was not interested in the business, so it would all be for the best.
However, Flora decides to get more involved in the business; in particular, she argues that it is important that they have a website. She starts to work quite hard and finds it all quite interesting. At the same time, she starts going out with good-looking Henry, but realises after a while, that he isn't really doing a lot for her. Meanwhile, she helps Annabelle to improve her dress-sense and takes her shopping. She also keeps telling people that her cousin Charles is dull , uninspiring and ploddy. Then, she suddenly realises that she is saying all this to cover up something else; that actually, rather than finding him being dull and ploddy, she really fancies him and thinks he is really something. How on earth can she cope with these mixed emotions, especially as she discovers that Annabelle's father has also paid for the rewiring of the antiques business - so Charles is indebted to her even more.
Then, suddenly Charles realises that he feels just the same about Flora. He leaves Annabelle, and rushes over to see Flora. They end up going off to a hotel together and having a night of passion.
Some read!
Posted by Ruth Rikowski at 06:53 No comments:

'Mother of Pearl' by Maureen Lee 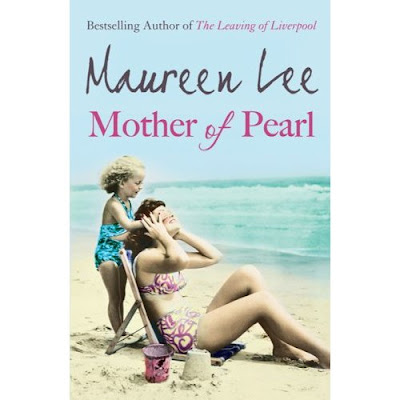 I very much enjoyed reading this book the other day. The book begins with the reader discovering that Pearl's mother Amy is about to come out of prison, having been convicted many years ago of having killed her husband, Barney. Pearl was brought up by her aunt and uncle. It all sounds really quite shocking, and yet, when Amy is released she seems to be quite a nice sort of person.
Then, gradually the truth unfolds. Barney's mother, who is mentally unbalanced, says to Barney that Amy and Barney's father have been having an affair (prior to this Barney had volunteered to fight in the war). It is all absolute nonsense about the affair, but Barney comes home in a rage and accuses her of this, and much else besides. Pearl, a little girl of only 5 years old, gets a knife out, trying to protect and defend her mother, but doesn't realise that she puts the knife into Barney by mistake and kills him. Amy cannot bear the idea of her daughter taking the blame for this, and having such an awful thing hanging over her for the rest of her life. So she puts her own fingerprints on the knife, and let's people conclude that it was her that killed Barney. And so she goes to prison. A very interesting and gripping story.
Posted by Ruth Rikowski at 03:39 No comments:

In Time for Christmas' by Katie Flynn

'In Time for Christmas' by Katie Flynn proved to be quite an enjoyable read, although I don't necessarily find myself rushing to want to read more Katie Flynn books! The story is about two sisters, Addy and Prue Fairweather who live with their widowed mother, Nell, in a flat above her shop. But Prue is the favoured and the spoilt one. But then Prue has an accident and ends up in a wheelchair, so Addy has to look after her even more. Nell is under pressure to marry Mr Bentley, the landlord of the local pub, the 'Vines', but she resists. She wants to keep her shop and her independence. Meanwhile, there is also Giles Frobisher and his twin sister Gillian, who live in Devon. Giles leaves university and joins the Fleet Ari Arm, but eventually Addy and Giles marry. 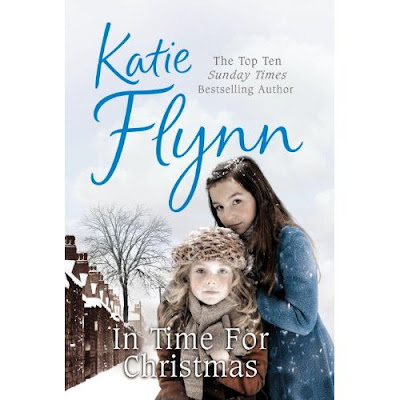 Posted by Ruth Rikowski at 01:59 No comments: