The Film 'Anonymous' - but essentially Edward de Vere not Shakespeare! 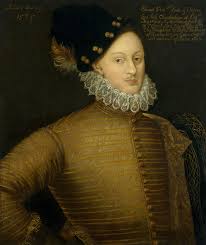 The Film ‘Anonymous’ – but essentially Edward De Vere not Shakespeare!

I have just watched an amazing film - ' Anonymous'.

It is a well-known fact of course, that there is a body of opinion that argues that Shakespeare did not write all those great plays. When I heard it, I basically dismissed it as just being ‘sour grapes’.

However, several months ago I read a brilliant book by Jonathan Black, called 'The Secret History of the World'  (published by Quercus, London, 1988) which just turned so many of what are thought of as conventional wisdoms and historical facts, on their head. And we did a little research into some of it, and some of what Black says is certainly right, such as the fact that many important people in history have been Freemasons and members of secret societies.

This got me thinking, especially as, on a personal basis, I have always had certain issues with Shakespeare, if the truth be told, but that’s something of another story altogether and perhaps for another day…

Anyway, we got involved with watching 'The White Queen' and 'The Tudors' and all this lead us to return to this Shakespeare theme. Gregory Rikowski found what looked to be an amazing and insightful film on the web: 'Anonymous' starring Vanessa Redgrave and Derek Jacobi; directed by Roland Emmerich and written by John Orloff, 2011. We bought it and have just watched it. Amazing! It just turns many of the conventional wisdoms about Shakespeare on their head. Even the 'Daily Star' said it was 'Stunning' and gave it 8 out of 10 and the Radio Times gave it 4 stars.

The film is based on a book and the author decided to look at things the other way round. Rather than trying to get the evidence to fit Shakespeare and the plays together (the way it is normally done), focusing for example on Shakespeare’s grammar school education and how that classical education helped to equip him to write the plays, he asked questions such as - 'What type of person is likely to have written these plays?'; 'What type of background are they likely to have come from?' 'Where might they have lived?" etc. Now, this immediately struck a chord with me. Since writing my own novels I have come to see that this approach is the more correct one, rather than just thinking that novelists and playwrights create their stories and fantasies purely out of, or at least, mainly out of ‘thin air’. Rather, they get much of their material from life. Now, what in Shakespeare's life gave him the material to write these plays? Well, not very much really, it would seem. This is the message that the film conveys.

But I thought the film would focus on Francis Bacon, but no, there was not a whisper about him at all. Instead, in the film it is Edward de Vere who wrote all those plays, and sonnets. Now, if you think about it, it really had to be one person, I think, because of the similarity in style throughout (you know, as opposed to the theories that say they were written by several people). Perhaps, others could have changed them a bit here and there, to make them 'fit' Shakespeare, but essentially I think it had to be the work and inspiration of one person. Again, I came to this conclusion from my own writing journey.

Now, the film puts the case that Edward de Vere is the most likely candidate to be this one person, for a variety of reasons; and it is a very, very powerful argument indeed. De Vere had the right aristocratic background and would have had an education and background that was well versed in history in general, the history of the monarchs in particular, the classics, Latin etc. He was part of the nobility. A number of the plays are also set in Italy and de Vere lived there for 2 years, thus giving him plenty of material, but there is no evidence that Shakespeare ever lived in Italy at all. And on the other hand, wherever would Shakespeare have acquired all this vast knowledge from? It just does not add up.

There is also another point: How could one man – i.e. Shakespeare, possibly have achieved so much in one life-time? Basically, we are told that he was a playwright; a poet; an actor; a businessman; an entrepreneur (setting up the Globe Theatre etc); a promoter of plays; a family man etc. etc. Now, Mozart in contrast, for example, was a brilliant composer but was hopeless with money, and no good at all as a businessman. But apparently, Shakespeare had it all. Come on!

And on top of that he was no ordinary playwright either – no, he knew loads about history, about various monarchs, he was familiar with the Classics, Greek and Latin, he had a lot of legal knowledge etc. etc. However, did he acquire all of this knowledge? The considered wisdom is that Shakespeare acquired it from his grammar school education. But however could he achieve all of that from school? He did not go to university of course. Also, he had such inside knowledge on so many topics. And on top of all of that, the playwright knew and understood just so much about the human condition.

Whilst Shakespeare’s actual background tells a different story. His father was illiterate and his 2 daughters were illiterate. In the film Shakespeare could read but could not write.  Also, he did not spell his name as ‘Shakespeare’ and his signature itself looks somewhat suspect. However, I find it hard to believe that he could not write – that seems rather extreme. If he could read (which he would surely need to be able to do, as an actor), then surely he could write? But I reckon that his writing style was quite basic, and certainly nothing like the beautiful writing style in all of those brilliant plays. Derek Jacobi in the film said that no manuscripts of the plays has ever been found in Shakespeare’s name, and there was no mention of the plays in his will.

So, it all really does not add up. Are we having ‘the wool pulled over our eyes’? – it certainly looks like it.

Also, there are the Cecils'; the family that had tremendous power and influence over Elizabeth I; they were the Queen’s advisors. Now, apparently Robert Cecil was a hunchback. Richard III in Shakespeare’s play was a hunchback of course. When I first watched Shakespeare’s Richard III I believed the simple message and thought that Richard III was a truly terrible person, going around killing everyone so that he could succeed to the throne. Then, after watching ‘The White Queen’ and reading all those novels by Philippa Gregory around the War in the Roses period I was convinced that this was completely wrong. Rather that it was the Red Queen in the background who was obsessed about getting her son, Henry Tudor on the throne, and would stop at nothing in order to achieve that aim (and so various people died, including the 2 princes in the tower). Indeed, she had some similarities to Livia, Augustine’s wife in Roman times, who was obsessed about getting her son Tiberius to be Emperor and would stop at nothing in order to achieve that goal. Many people were poisoned. So, Phillipa Gregory shows that some women in history were very intelligent and had a lot of power and influence in the background, even if we do not like their actions! So, the Richard III play was not simply about Richard III at all; but rather it was trying to get people to see the Cecils' for the corrupt and power-mad people that they were. This was the message in the film anyway.

Also, after all Henry VIII’s dreadful behaviour someone probably wanted to expose the awful corruption that was going on around the monarchy and their advisors, so felt driven to write the plays – Edward de Vere was in the right place at the right time and had the motivation to be able to do this. But of course, he had to disguise himself, and could not have them in the public domain under his own name.

I think that society, today, is too much in awe of Shakespeare; he is almost seen to be a Demi-God. Look at the Globe Theatre, for example (wonderful though it is). Clearly, whoever wrote all those plays was incredibly gifted and understood the human condition so well, on top of everything else.  But that does not mean to say that he was also a very good businessman, a good actor etc. The whole thing is very unhealthy and it exposes lots about the problems of British society.

I think I will be able to engage with the plays somewhat better and easier in the future now, with hopefully a better and clearer idea about their underlying messages and where they were likely to be coming from. So, the film ‘Anonymous’ has done me a great favour, if only for this reason! I will look at it all with somewhat different eyes now. I reckon there are lots of hidden messages in the plays which we cannot see because we are not looking at things straight. I will gradually get to watch the plays again, but through a different lens and are likely to have some further insights.
Posted by Ruth Rikowski at 08:30